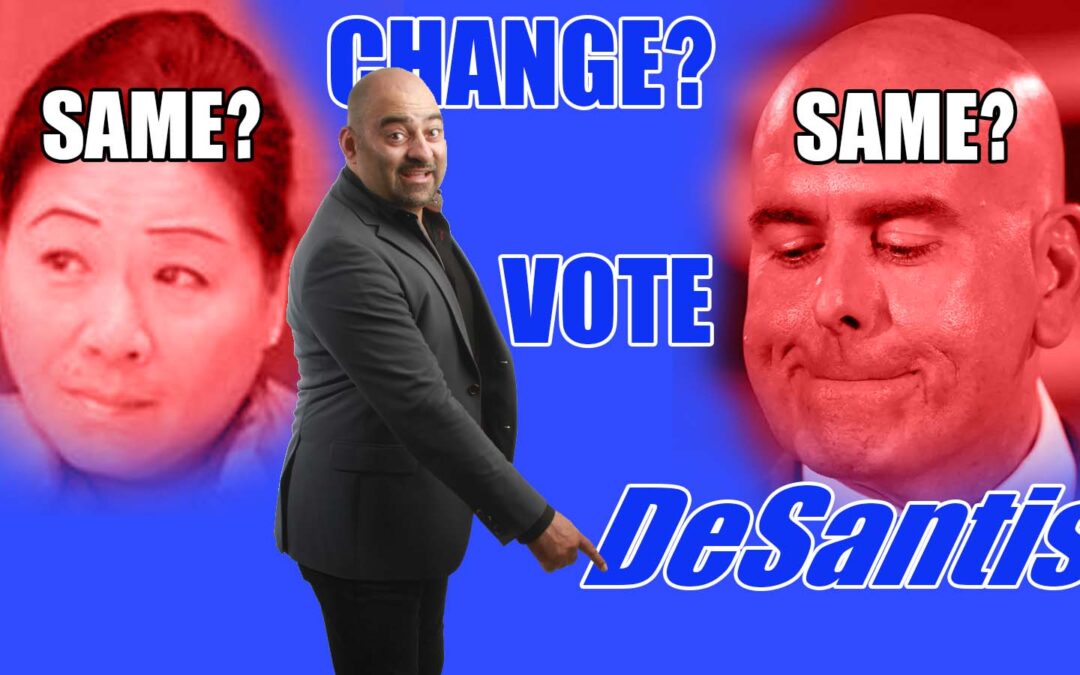 Passing the torch is the way a political party stays in power, often without much change for the people

Career politicians are skilled at elections – they know how to talk a good game and they let the power of their brand carry them onto victory. In recent years, career politicians have caused a rapid expansion of high-rise condos in Vaughan, more traffic than ever before, higher cost of living and higher taxes. Decades of mismanagement, back-room politics and greed have created the gridlock and affordability problems that we see in Vaughan today.

“I am deeply troubled by what I see happening in Vaughan,” said Danny. “Business as usual politics have created so many problems in Vaughan that many of our citizens are losing hope. I am going to bring a lot of change to Vaughan if I am elected Mayor.”

If a politician is elected to lead, they must be accountable to the voters and not private interests. They must be completely transparent to all manner of scrutiny.

“The people of Vaughan want a real change,” said Danny. “I represent that change. Change from the mess that has been created in Vaughan over the last decade. People no longer trust career politicians.”

Currently, there are two liberal candidates in the running for Mayor: Steven and Sandra. These two candidates have been in the political arena for many years. If Vaughan wants things to remain the same, the people will vote for the existing career politicians. However, if Vaughan wants a real change, the people must elect Danny DeSantis.

“Steven is the best example of a career politician,” said Danny. “With a decade in provincial politics, I would like to know what real benefit there has been to the people of Vaughan because of Steven’s tenure. I can’t think of any.”

Sandra and her husband Mario are career politicians that are both running for office in this election.

“If you are not the solution to a problem, you are part of the problem,” said Danny. “Sandra has had almost twenty years to get it done and in all that time the problems have gotten worse. It is inappropriate to now want to run the entire city.”

Integrity, accountability and responsibility are the published values that guide the City of Vaughan. If only this were true with most career politicians. As an experienced entrepreneur, Danny DeSantis is planning sweeping changes in Vaughan – changes that will make peoples’ lives better and easier. Danny DeSantis is a firm believer that peoples’ trust needs to be earned back.

“If the people of Vaughan want a real change, there is only one clear choice for Mayor,” said Danny. “I only got involved in this race to improve the lives of everyone in Vaughan. I have the skills and the desire to have a positive and lasting effect on this city and NOT follow in the footsteps of those who came before me.”

For the first time, the City of Vaughan constituents are able to vote online using their computers and phones. Every voter in Vaughan can vote online between October 6th and October 20th. Cast your vote today to say “NO” to career politicians and support Danny DeSantis for the Mayor of Vaughan. Danny DeSantis campaign has placed a link at https://electdesantis.ca/ that will take voters directly to the City of Vaughan website to cast their vote.

If you want a big change for the City of Vaughan, vote to elect Danny DeSantis a New Mayor of Vaughan. The city of Vaughan Municipal Election will be held Monday October 24th, 2022.

For more information including a list of upcoming public appearances or to arrange for an in-person, private interview with Danny DeSantis, please contact Fred at 647-402-7411 | fred@electdesantis.ca

"I am not a career politician. I got into politics because I believe that we need to protect hardworking people to make their lives and the lives of their children better."