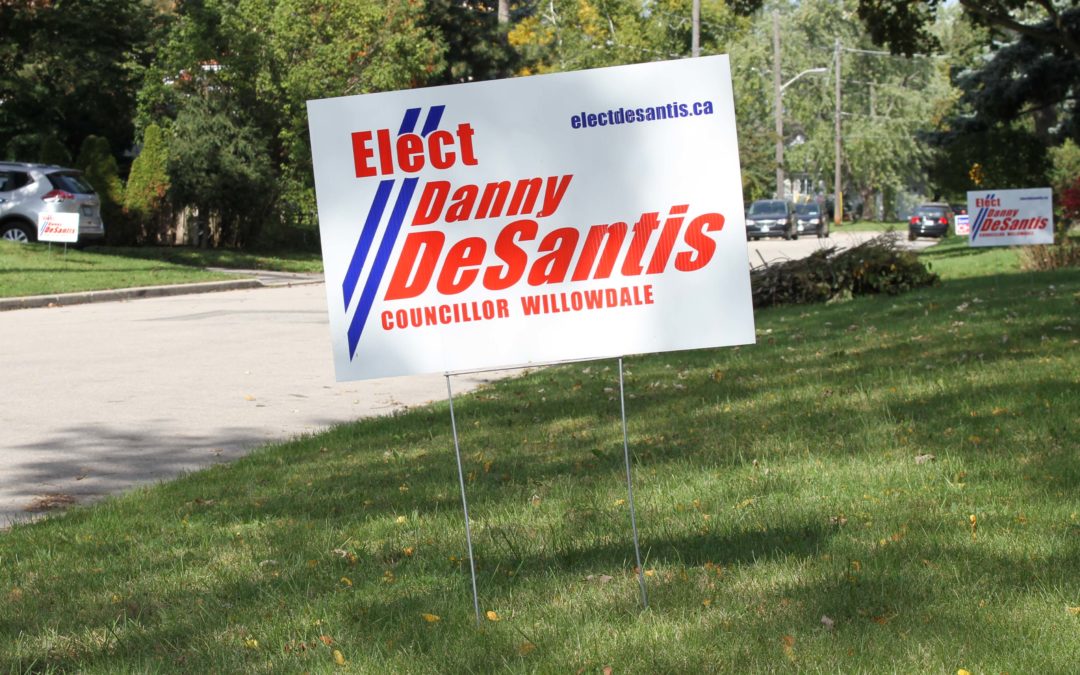 TORONTO, October 10, 2018 – Why is Danny DeSantis a better choice for voters in Willowdale riding than John Filion?

Danny was born and raised in Willowdale and has spent most of his life observing John Filion’s political career.  For many years, Danny lived through local infrastructure decay and a continuous increase in traffic congestion and crime.

“I am of the opinion that John Filion is largely responsible for the current state of Willowdale.  In addition to our infrastructure issues, crime reached record levels making Willowdale less safe for families, while housing became less affordable.  Something needs to be done – we need a big change,” said Danny.

John Filion has been in politics for 37 years and a Councillor for 28.

After years of poor planning and management, Willowdale is now facing huge expenses with roads and sewers, among many other things.  A vote for John Filion is likely a vote for the status quo.  If John is re-elected, will anything be done any differently than it has been done for many years?  Probably not.

Danny DeSantis is a skillful and decisive business leader that prides himself in the management of capital and resources.  Danny’s unique leadership and strong fiscal responsibility are needed in the public sector.

Danny wants to ensure that life in Willowdale is better for all people, not for groups that promote their own interests.  Danny’s extensive business experience and his no-nonsense approach to negotiations will ensure that all local issues are promptly resolved.  Danny has already fostered relationships with other city Councillors and candidates, Mayor John Tory, Premiere Doug Ford, and members of Municipal, Provincial and Federal governments.  As a city Councillor, Danny will support all people of Willowdale, regardless of their political affiliation.

VOTE to elect Danny DeSantis for Councillor of Ward 18 in the Willowdale, Toronto municipal election on Monday, October 22, 2018.

Learn more about Danny and his “Elect DeSantis” campaign by visiting https://electdesantis.ca.