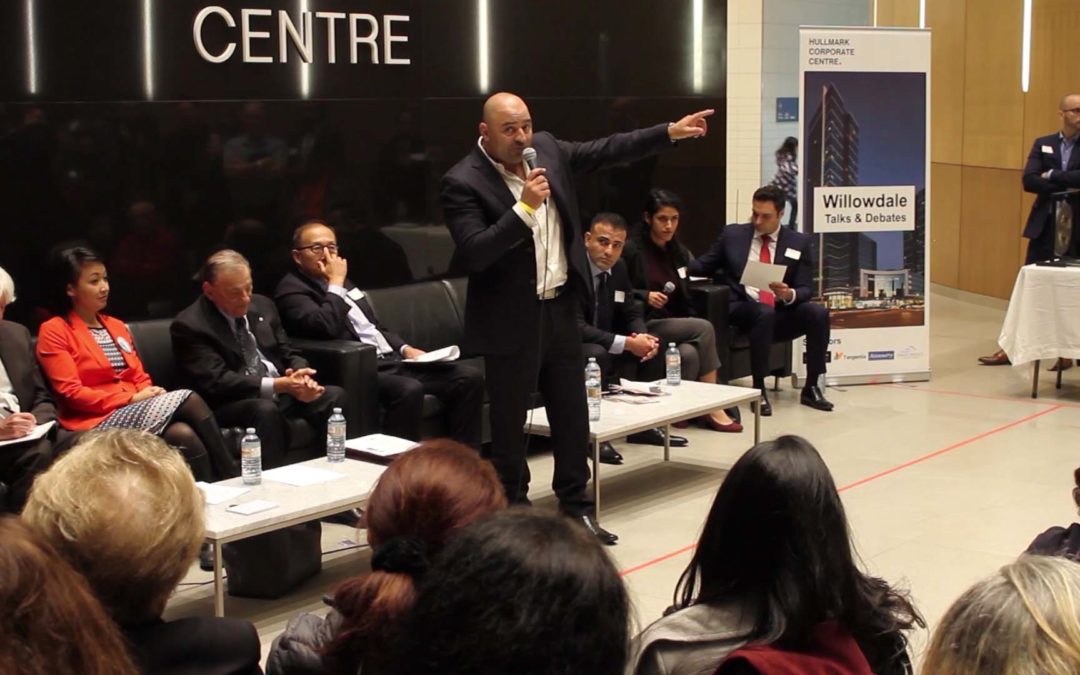 TORONTO, October 18, 2018 – Ward 18 debate reveals Danny DeSantis as a major contender for the seat that John Filion has held for 28 years.

“If you want a change in Willowdale, go out and VOTE for me… I support ALL communities!” said Danny.

On the streets of Willowdale, it appears that Danny DeSantis has done the most work as he has a lot of support with his signs. Danny may very well be ahead of John Filion, unless you believe the polls.

Have you ever wondered why polls are released just days before the elections? In the US, suppression polls are apparently designed to discourage voters from going to the voting stations.

It was recently announced on CP24 that John Filion was leading in the polls. “If people listen to polls rather than vote, then the incumbent wins,” said Danny. “I am canvassing the streets by knocking on doors every single day for months and I know the feeling in Willowdale about John Filion. People should just go and vote! It is the most important thing that you, as a citizen, can do to make a change,” said Danny.

In other news, Joe Volpe, a former House of Commons of Canada member, deliberated on Danny DeSantis vs John Filion in the Corriere Canadese newspaper.

VOTE to elect Danny DeSantis for Councillor of Ward 18 in the Willowdale, Toronto municipal election on Monday, October 22, 2018.